You are here: Home > Australia
All posts from shootersfishersandfarmers.org.au

How To Apply For Shooters, Fishers and Farmers Party?

Our members are our strongest supporters and the lifeblood of the party. Become one today.Join Australia Shooters, Fishers and Farmers Party now.

Steps:
Step-1 : Go to the above link
Step-2 : Click on “Membership” button
Step-3 : Select your state from the given
Step-4 : In party membership choose the rate of your membership type
Step-5 : Enter your details

Step-6 : Click on the “Next” button.
Step-7 : And proceed the form to complete and apply for membership.

About Shooters, Fishers and Farmers Party

** Originally, the Shooters Party grew out of resentment at the 1992 Firearms Amendment Act.
** Shooters and hunters felt it was designed to make them the scapegoats for criminal misuse of firearms by others.
** Since 1992, we have continued to be powerful voice for those who nobody is listening to, particularly shooters, fishers and farmers.
** We are committed to delivering real, meaningful, and lasting results for our voters.
** In 2016 we changed our name to the Shooters, Fishers and Farmers Party to reflect our existing support in rural areas.
** Our members are drawn together by a drive to make sure that all Australians are free to live their lives without unnecessary government interference.
** If you enjoy the outdoors or go hunting and fishing, there’s a fair chance you have already heard about the Shooters, Fishers and Farmers Party and know one of our Members of Parliament.
** While you may already know of our work on for shooters and fishers over the past 25 years, we have also championed the rights of farmers.
** That’s why we made the choice to change our name to the Shooters, Fishers & Farmers Party. 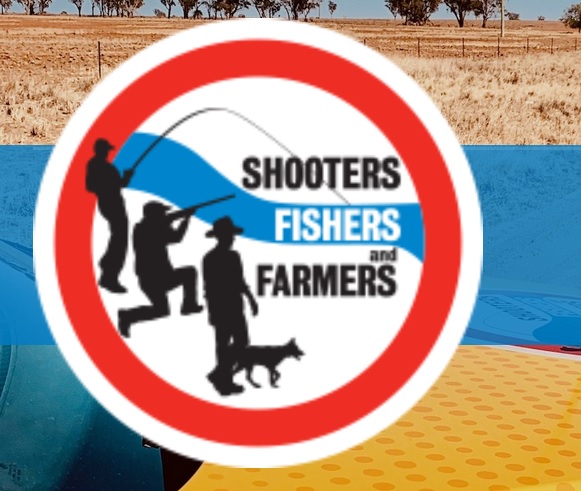 ** Introduced a new management plan for NSW Marine Estate.
** Made ‘try shooting’ easier for everyone.
** Moratorium on marine parks.
** Guaranteed rights of self-defence against attack through the Home Invasion and the Workplace (Occupants Protection) Bill.
** Passed a Bill to introduce a charter of victim’s rights and increased penalties for attacks on vulnerable people.
** Changed the rules regarding purchase of a second firearm.
** Raised the public and political profile for shooting and fishing sports.
** Introduced the ground-breaking Game and Feral Animal Control Act.
** Delivered over $10 million for shooting and hunting clubs through the MACOSC Grants Scheme.
** Tabled legislation to repeal the Ammo Bill.