You are here: Home > Philippines
All posts from partidoliberal.ph

What is Philippines Liberal Party?

The Liberal Party ( Partido Liberal) is a liberal political party in the Philippines, founded on January 19, 1946, by Senate President Manuel Roxas, Senate President Pro-Tempore Elpidio Quirino, and former 9th Senatorial District Senator José Avelino from the breakaway liberal wing of the old Nacionalista Party, the Liberal Party remains the second-oldest active political party in the Philippines after the Nacionalistas, and the oldest continually-active party. 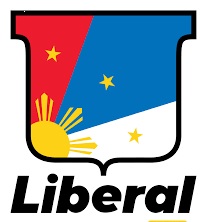 The Liberal Party has committed to a new direction: Embracing inclusiveness as an imperative, and recruiting from across the land, beyond the usual practice of admitting only those who wish to run for office.

Who Can Apply For Philippines Liberal Party Membership?

If you are at least 15 years old, a Filipino citizen, and subscribe to the party’s values, vision, and Constitution; if you are willing to engage fellow Liberals in building consensus on issues and positions, and commit to exhibit discipline in following fundamental party decisions; if you believe that a viable resistance requires that we come together and exert an organized, strategic effort— then we invite you to join us.

Application for membership is open to all persons with the following qualifications:
** Must be at least 15 years old
** Believe in the Party Vision, Mission, and Platform of Government
** Subscribe to the Constitution of the Party
** Follow fundamental Party decisions and Party discipline

How To Apply For Philippines Liberal Party Membership?

Step-1 : Go to the link https://www.partidoliberal.ph/
Step-2 : Fill in your details in the online membership form
Step-3 : Accept the terms and submit the form

Q1. I want to join Partido Liberal, but I am not a politician. Can I join the party?
Yes, anyone can join Partido Liberal as long as they comply with the following qualications:
** Filipino citizen
** At least 15 years of age
** Commits to the party vision, mission, and platform of government
** Supports the constitution of the party and follow basic party decisions and party discipline
** Pays the annual membership fee of P250

Q2. What are the steps I need to take to become a member?
There are basically two ways to apply for membership:

Online:
1. Send an email to recruitment@liberal.ph expressing your intention to join the party.
2. You will get an online application form.
3. Fill out the form and follow the instructions.

Offline:
1. Write or visit the party National Headquarters at Balay Expo Centro, EDSA corner McArthur Ave., Araneta Center, Cubao, Quezon City.
2. Request for the LP application form, ll up, and submit. Within 30 days, the National Organizing and Membership Commission will process your application form, and inform you of its decision.

Q3. What are the bene ts of becoming an active member in the party?
Members who have demonstrated commitment and dedication to the party will be designated as party activists.

Party activists, also known as cadres, are highly trained members with expertise in any of the following capacities:
** Sectoral and community organizing
** Liberal ideology education
** Activist studies and operations
** Legislative lobbying
** Campaign and elections management Party activists also have natural advantage in the selection of party officers, staff, and candidates

Q4. What are the rights and privileges of a party member?
A party member has the following rights:
** To be heard and to vote in party meetings
** To choose or be chosen as a party official
** To be informed of party meetings, plans, activities, nances, and the use of party funds and property
** To be accorded due process on complaints, investigations, and decisions on matters affecting membership and tenure

Q5. What are the duties of a party member?
A party member has the following duties:
** To support and defend the party constitution
** To promote the party vision, mission and program of government, and ensure its victory in elections
** To pay party dues