You are here: Home > Benin
All posts from gouv.bj

Presidential elections will be held in Benin on 11 April 2021. These elections will elect the President of the Republic of Benin to a five-year term. Incumbent president Patrice Talon is seeking his second term in office. 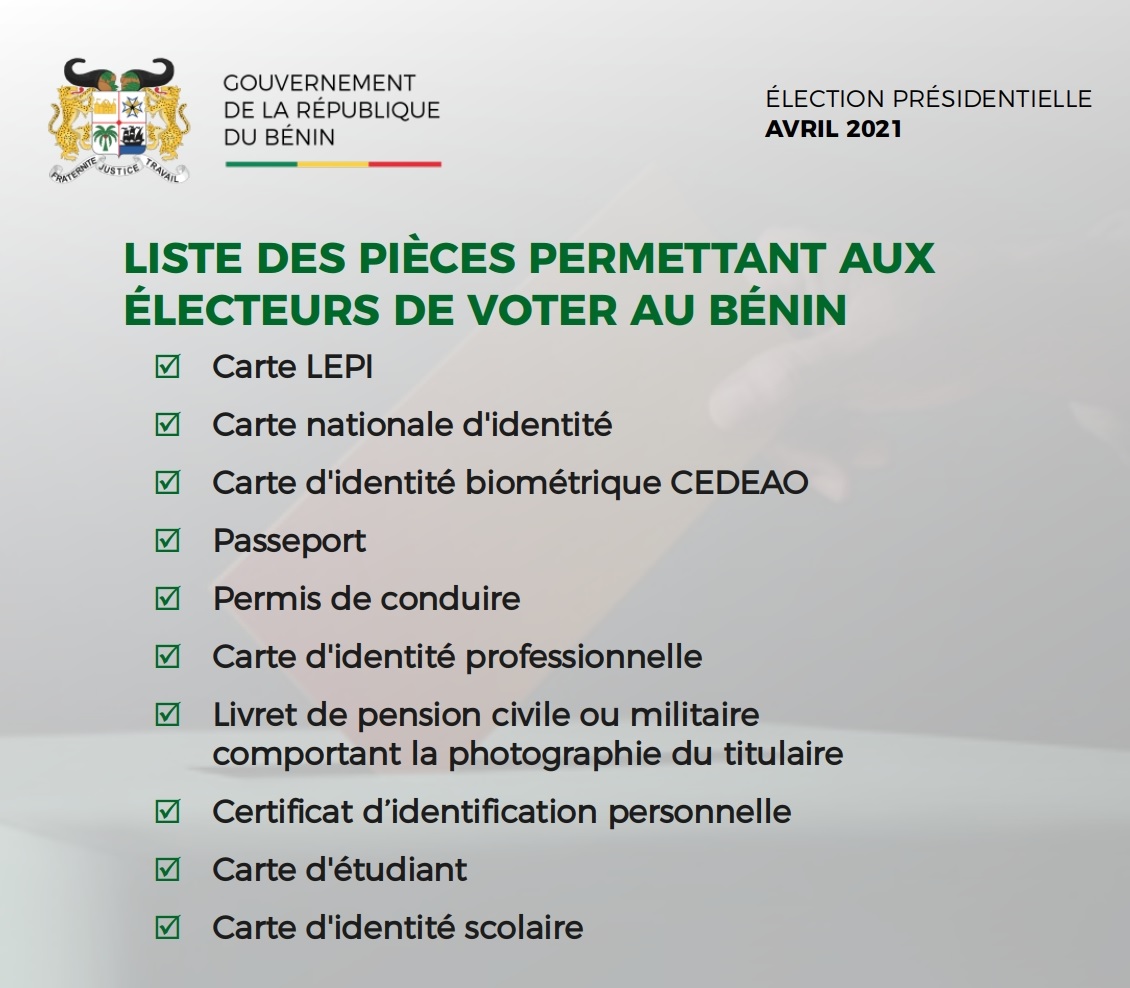 The president of Benin is elected by a two-round system to a five-year term that is renewable once. If no candidate receives a majority of the vote in the first round, the top-two candidates compete in a second round organized within fifteen days of the first round.

Candidates for the presidency have to be a Beninese citizen, either by birth or from having lived in Benin for the past ten years, be of “good character and great probity”, have all their civil and political rights, be between the ages of 40 and 70, and submit to a physical and mental assessment by three doctors sworn in by the Constitutional Court. A 2019 constitutional amendment also requires candidates to be nominated by no less than 10% of the total of Members of Parliament and Mayors, or about 16 officials.

Candidates have until 4 February to obtain the nominations necessary and announce their candidacy. Twenty people, including incumbent President Patrice Talon, enrolled as candidates.

Law professor Frédéric Joël Aïvo was the first to declare his candidacy. Several opposition leaders have supported a coalition backing Aïvo. President Talon announced his intention to run for another term on 15 January 2021, breaking his 2016 promise to run for one term.

The next week, Talon revealed his running-mate, Vice President of the Assembly Mariam Chabi Talata Zime. The choice came as a surprise to observers, as Zime was not one of the names advanced by the pro-government parties and the president chose an alternative when the two parties were unable to agree. Zime would be Benin’s first female vice president if elected.

Provisional results from the Autonomous National Electoral Commission (CENA) are expected on 13 April, while the final results will be certified by the Constitutional Court on 20 April.