You are here: Home > Australia
All posts from waliberal.org.au

Renew Liberal Party of Western Australia in the innate worth of the individual, in the right to be independent, to own property and to achieve, and in the need to encourage initiative and personal responsibility.Renew your membership today!

Our Plan For Western Australia :
1. Lower taxes and cost-of-living relief for WA families and retirees
** The pandemic, the conflict in Ukraine and extreme weather events are putting upward pressure on the cost of goods in Australia. This is having a direct impact on family budgets.

** The Morrison Government is committed to additional tax and cost-of-living relief that will help Western Australian families and retirees pay their bills, buy their groceries and fill up their car.

** These measures build on our substantial cost-of-living action to date, including tax cuts benefitting more than 1.2 million WA workers and child care reforms that have reduced average hourly out-of-pocket costs in WA by 12 per cent since 2018.

** More than 365,000 WA small businesses are already benefiting from our existing tax relief measures. These include 90,000 WA small companies employing over half a million people that have received a permanent reduction in the company tax rate from 30 per cent in 2013-14 under Labor, to 25 per cent from 2021-22 under the Morrison Government.

3. Building better and safer roads and rail
** The Morrison Government is continuing to invest in projects that create jobs, drive economic growth, and keep commuters and freight safe and moving.

** Over $2.1 billion is committed to Western Australia’s infrastructure pipeline in the 2022-23 Budget.

** This brings our Government’s total infrastructure investment in WA since 2013 to more than$20.2 billion across 152 road and rail infrastructure projects, with 50 projects having already been completed.

** Coalition-funded transport infrastructure currently under construction in WA will support around 28,500 jobs over the life of these projects, providing certainty and security for businesses and communities across the state. 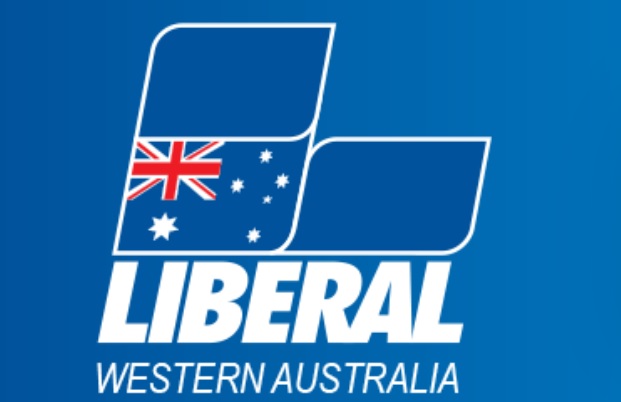 The Liberal Party of Western Australia believes in:
** ln Australia, its people and its future.

** ln the innate worth of the individual, in the right to be independent, to own property and to achieve, and in the need to encourage initiative and personal responsibility.

** ln equality of opportunity, with all Australians having the opportunity to reach their full potential in a tolerant national community.

** ln a just and humane society, where those who cannot provide for themselves can live in dignity.

** In the family as the primary institution for fostering the values on which a cohesive society is built.

** ln the creation of wealth and in competitive enterprise, consumer choice and reward for effort as the Proven means of providing prosperity for all Australians.

** ln the principle of mutual obligation, whereby those in receipt of government benefits make some form of contribution to the community in return, where this is appropriate.

** ln the importance of voluntary effort and voluntary organisations.

** ln parliamentary democracy as the best system for the expression and fulfilment of the aspirations of a free people.

** ln the separation and distribution of powers as the best protection for the democratic process.

** ln a federal system of government and the decentralisation of power, with local decisions being made at the local level.

** ln a constitutional head of state as a symbol of unity and continuity.

** In Government being sufficiently responsive so that it can meet its proper obligations to its citizens.

** ln Government keeping to its core business and not competing with the private sector.

** ln the rule of law and justice, giving all citizens equal rights under the law, responsibilities to maintain it, and the freedom to change it.

** In Australia playing a constructive role in the pursuit and maintenance of international peace in alliance with other free nations and in assisting Iess advantaged peoples.

** ln Liberalism, with its emphasis on the individual and enterprise, as the political philosophy best able to meet the demands and challenges of the 2lst century.