You are here: Home > Canada
All posts from elections.ca

Elections Canada is the independent, non-partisan agency responsible for conducting federal elections and referendums. Its mission is to ensure that Canadians can exercise their democratic rights to vote and be a candidate. 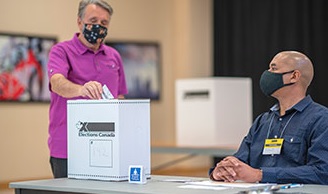 Canada is a representative democracy divided into 338 ridings. When a federal election is called, Canadians vote to elect a member of Parliament to represent them in the House of Commons, where the member will debate and pass laws on behalf of their constituents. The candidate who receives the most votes in a riding is declared the winner. This is called a “first-past-the-post” system.

The Canada Elections Act states that a general election shall be held on the third Monday of October every four years. However, the Act does not prevent a general election from being held on another date. By law, election day must be at least 36 days and no more than 50 days after the day when an election is called.

Voting in a Federal Election

In a federal election, Canadians choose members of Parliament (MPs) to represent them in Ottawa.

To vote , you must:
** be a Canadian citizen
** be at least 18 years old on election day,
** prove your identity and address

1. Dissolution:
The Governor General ends Parliament on the request of the Prime Minister and directs the Chief Electoral Officer to issue the writs of election. The writ is the official paperwork that launches an election in each riding.

2. Candidates:
Once an election is called, each party decides who its candidate will be in each riding. A candidate can also run for election without a party, as either an “independent” or with “no affiliation.”

3. Campaigning:
During the campaign period, candidates try to convince voters that they are the best choice to represent them in Parliament.

4. Voting:
The most common way to vote is at the polls on election day. Electors must prove their identity and address before getting a ballot. They then go behind a voting screen to privately mark their ballot. Election workers must follow strict procedures to ensure the secrecy of the vote.

There are three ways you can vote

1. On election day:
If you have a voter information card, take it with you when you go to vote at the polling station at the address shown on the card.
If you don’t have a voter information card, and you didn’t register earlier, you can still register to vote at the polling station on election day by proving your identity and address, as described above. For your poll location, call Elections Canada at 1-800-463-6868 or click here.

Once you apply for a special ballot, you can only vote that way, and cannot vote at the advance polls or on election day. If you request a voting kit and do not receive it, contact Elections Canada. 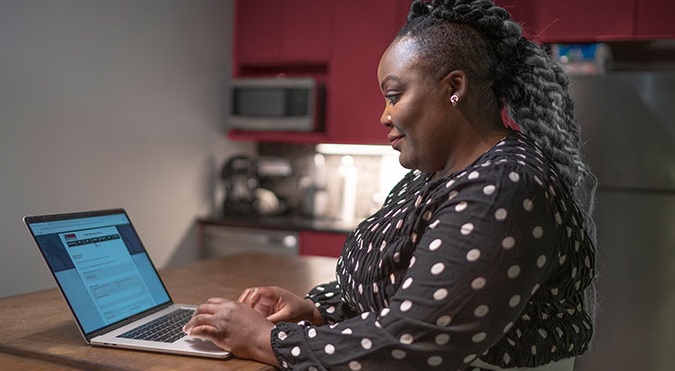 Polls are open for 12 hours across the country on election day. The voting hours are staggered so that the majority of results are available at approximately the same time on election night. Voting hours at polling places for each time zone across Canada.