You are here: Home > Austria
All posts from bmi.gv.at

The Austrian law maker realised a number of changes and improvements in the legal framework in order to increase voter participation and make democratic institutions more transparent.

For instance, the opening hours of polling places are usually adjusted to the needs of the local population and there is a degree of flexibility to keep stations open for a relatively long time during a day. Hence, there is no uniform, nation-wide closing time for polling place. By law, the last stations have to close at 5 p.m.

In nation-wide elections, persons being absent from their permanent residence and designated polling station are entitled to obtain a “voting card” which enables them to use any polling place in Austria to cast their vote or to employ postal voting.

Austrian citizens can also exercise their voting right by casting a postal ballot. Postal voting is equally possible from abroad and within the confines of Austria. Voters are not required to appear before an electoral authority or, when abroad, request the confirmation of a witness.

They merely have to sign an affidavit on the voting card which states that they cast their vote in person, unobserved, and without having been influenced. The postal ballot has to be mailed to the competent District Election Authority.

All voting cards used for postal voting must arrive at a district electoral authority at 5 p.m. at the latest; alternatively, they can also be dropped off at a polling place during the respective opening hours.

Voters whose personal mobility is limited (elder people, bedridden persons, certain prisoners, …) can avail themselves of the services of so-called “flying election commissions” (special election authorities) if they require the presence of an election authority. Alternatively, they can also exercise postal voting.

Blind voters or persons with serious visual defects are provided with a template by the electoral commission as an aid to exercise their right to vote in person regardless of their impairment.

Voters with physical or mental disabilities-may have a person at their side to guide and help them with the act of voting. Such a trusted third party can be chosen by the voter and confirmed vis-à-vis the returning officer. Subject to the given opportunities every community shall provide for establishing at least one polling station easily accessible for persons with disabilities.

In the polling station building and in the surrounding area (“zone of prohibition”) any kind of election campaigning (e.g. speeches to the voters, posting or distributing of election pamphlets or of candidate lists), any assembly, or carrying of weapons of all kind is strictly prohibited. The zone of prohibition is to be determined by the municipal electoral authority

In the current Austrian legal system, no mandatory voting is exercised.

Regarding elections to the National Council, the duty to cast a vote was abolished in 1992. Until then, the provincial law maker was entitled to regulate mandatory voting in the respective provincial election laws. Styria, Tyrol and Vorarlberg were the last provinces to exercise compulsory voting (until 1992).

A nation-wide duty to vote in presidential elections only existed until 1982. Subsequently it was up to the provincial law maker whether or not such a duty was upheld in a respective province.

During the elections to the office of Federal President in 2004, only the province of Tyrol still had a provision governing compulsory voting. However, said provision was abolished in the same year, shortly after the elections. Hence, there was no more mandatory voting in the 2010 presidential elections. 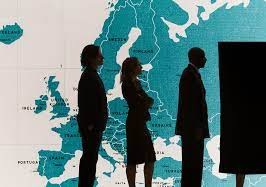 Besides, there is no statutory limit on paid advertising. Note: Due to the principle of a closed list system, the Austrian law does not provide for individual candidates in elections. In theory, however, a party submitting an election proposal with only one person is possible.

In Austria, there are no statutory regulations governing electoral debates. In the run-up to nationwide TV debates for parliamentary or presidential elections, however, it is common procedure to conclude agreements between the competing parties and between the parties and the TV companies, respectively.

In general, voter turnout in Austria is relatively high. Studies show that the abolishment of provisions on mandatory voting has not significantly changed the attitude of voters. It is neither the Minister’s nor the Federal Electoral Board’s task to promote elections, democratic instruments or voter turnout in general.

Such efforts, if at all, could only be made by the Government when acting as a collegial organ. In reality, it is usually the different political parties’ business to promote voter participation. Accordingly, the Austrian law maker grants political parties various opportunities to receive reimbursement for their activities and campaigns.

If such reasons are not brought forward, the appeal can be rejected without any further examination. In case of an appeal with sufficient evidence the federal electoral authority shall re-examine the election result on the basis of the documents available.

All other unlawful electoral actions have to be challenged before the Austrian Constitutional Court, which enjoys exclusive jurisdiction in electoral matters.